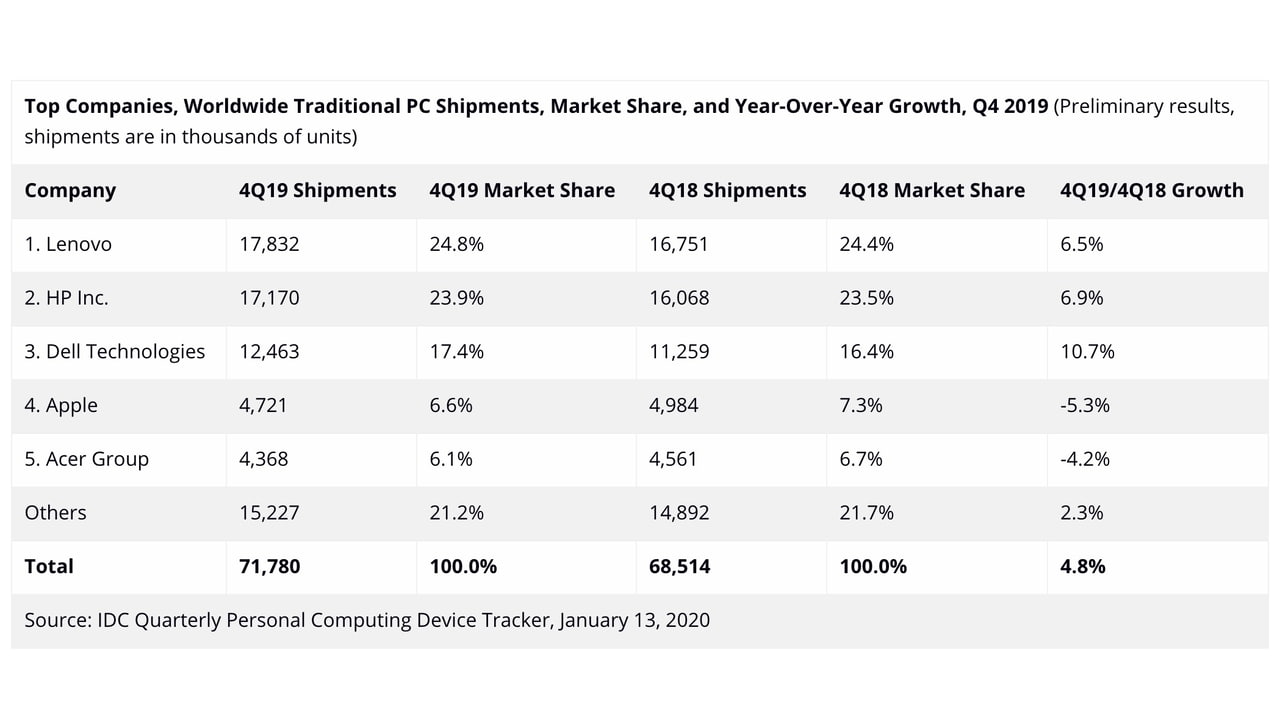 Apple's desktop and notebook sales dropped 5.3% year over year in Q4 despite impressive market growth of 4.8%, according to the latest IDC report. Global shipments during the fourth quarter reached nearly 71.8 million units, the highest quarterly shipment volume in four years.
Overall, global PC shipments grew 2.7% in 2019, the first full year of growth since 2011.
The holiday quarter capped an impressive run for PCs in 2019, where three out of four quarters delivered year-over-year growth. The storyline in the commercial sector for most of the year was around the momentum driven by businesses transitioning PCs over to Windows 10 before the end of support for Windows 7 arrives in January 2020. The continued business push specifically helped the top 3 players – Lenovo, HP, and Dell – to further consolidate their hold on the market with a combined share of just over 65% in 2019 (up from 63% in 2018). In addition, the impact of several other market challenges declined in the quarter. Concerns about CPU availability continued but were helped by the adoption of AMD CPUs while signs of easing trade tensions and other industry drivers helped to increase market uptake for the most important quarter of the year.