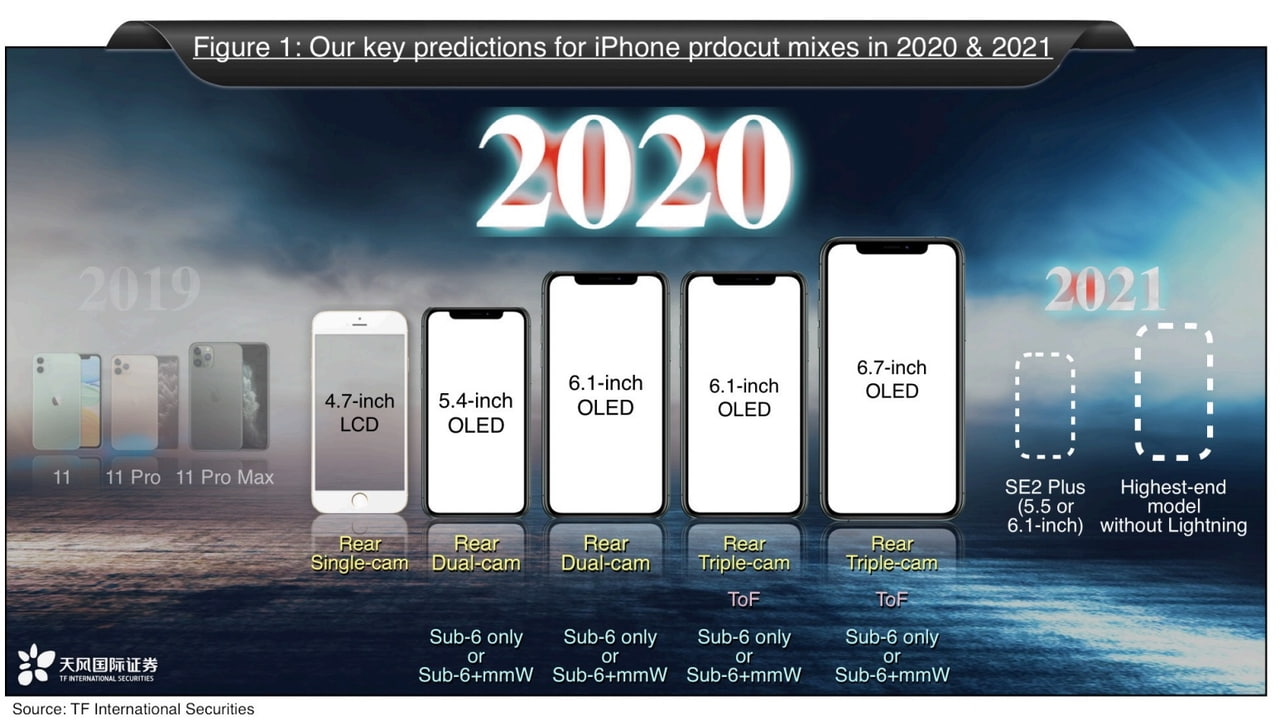 Apple is on track to launch 5G iPhones with support for sub-6GHz and mmWave radio frequency spectrum in the second half of 2020, according to TF International Securities analyst Ming-Chi Kuo.
In a new research note, Kuo says that both the sub-6GHz and sub-6GHz-plus-mmWave iPhone models will be released simultaneously with shipments beginning in the late third quarter or early fourth quarter of this year.
Millimetre waves have a very short wavelength and fall between 24GHz and 100GHz. This part of the spectrum is not heavily used. Thus, the use of mmWave technology will significantly increase available bandwidth. Additionally, shorter wavelengths permit the use of smaller antennas, resulting in more efficient use of frequencies for point-to-multipoint applications. Carriers can place a larger number of antennas in a given area, enabling greater frequency reuse and a higher density of users.