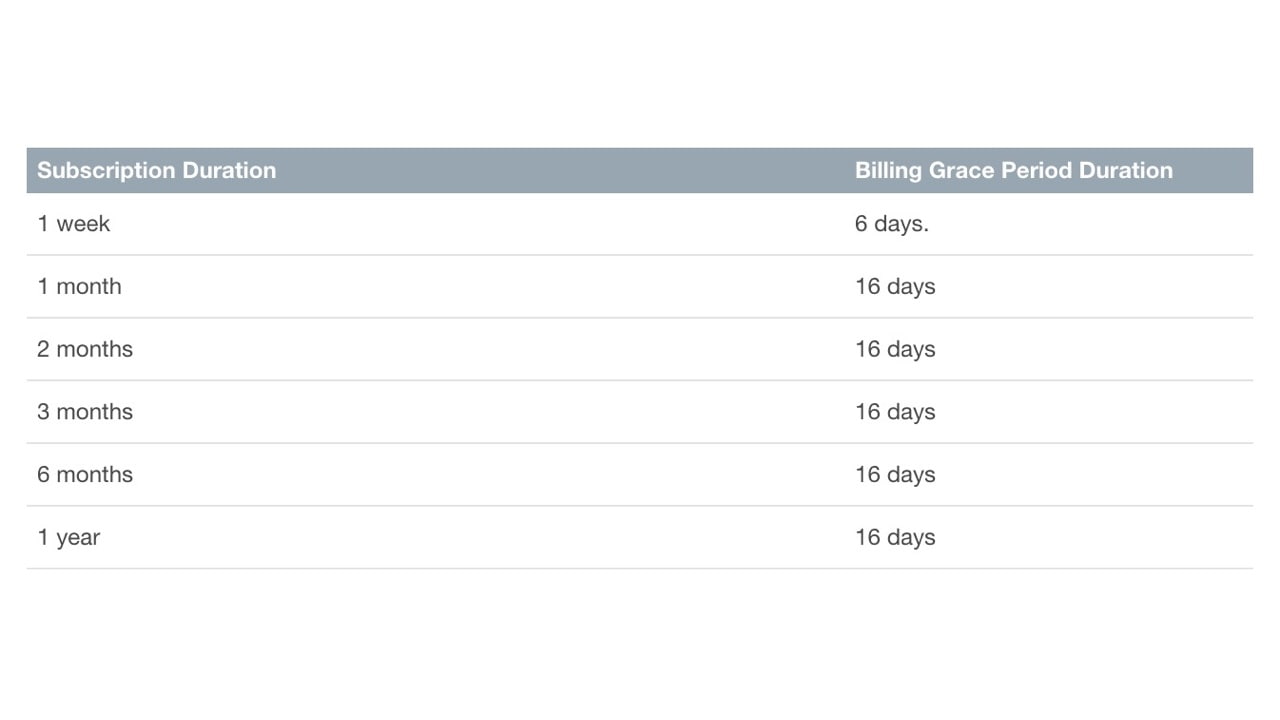 Apple has announced a new grace period for unsuccessful subscription auto-renewals.
We’ve worked closely with leading developers to create a solution for reducing customer churn while improving the experience for auto-renewable subscriptions. With the new grace period for unsuccessful auto-renewals, subscribers can continue accessing your app’s paid content while Apple attempts to collect payment — allowing them time to fix the issue. There won’t be any interruption to the subscriber’s days of paid service or to your revenue if payment is successful within the grace period.
Developers can turn on the Billing Grace Period feature in App Store Connect.